Who will score more goals next season: Ronaldo or Messi? 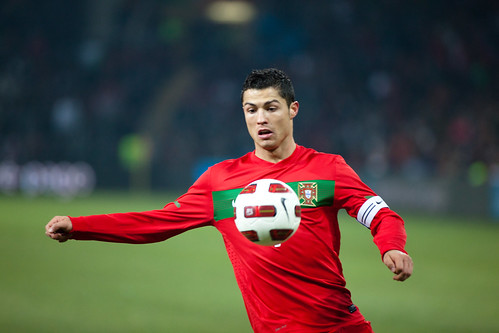 The 2017-18 La Liga campaign is just a few weeks away. The Spanish domestic league is one of the most competitive and entertaining in Europe, and next season promises to be hugely exciting. Real Madrid reclaimed the league title last season, and their bitter rivals Barcelona will be determined to take it back from Zinedine Zidane’s side. Atletico Madrid will be aiming to challenge for the La Liga title yet again as well.

For almost ten years, a major subplot in the La Liga title race has been the rivalry between Cristiano Ronaldo and Lionel Messi. Madrid ace Ronaldo and Barcelona star Messi are the two best players in the world, and which team win La Liga next season will depend much on these two genuine legends of the game. Both are natural goalscorers, and although both are in their 30s, they remain at the top of their game.

Ronaldo has altered his game and is more or less a ‘goal poacher’ these days. There were injury and fitness concerns for the Portugal international last season, but he still scored 25 goals in 29 La Liga matches for Madrid last season. The former Manchester United star scored 12 goals in 13 Champions League games, and his end to the season was his best for many years.

The 32-year-old has become more conservative in his game and does not run as much as he used to when he was in his 20s. However, Ronaldo remains as clinical and as potent as ever, and with the likes of Karim Benzema, Isco and Gareth Bale around him, he will be confident of scoring 35 to 40 goals at least next season. If Ronaldo remains fit throughout the campaign, then it would not be a bad idea to place a bet on him to win the Trofeo Pichichi.

Ronaldo seems all set for the 2017 Ballon d’Or as well, thanks to his exceptional performances for Madrid last season. The former Manchester United ace is 1/33 to win the most prestigious individual prize in football, with Messi second-favourite with odds of 16/1.

Interestingly, both Barcelona and Madrid are joint-favourites for the La Liga title with odds of 10/11. With Los Blancos have been the busier of the two sides in the summer transfer window so far, the odds could shorten on them if they complete the signing of 18-year-old AS Monaco striker Kylian Mbappe.

There are some great betting offers for all Ronaldo’s fans, who will back the Madrid star to become the top scorer in Spain for the first time since 2014-15 and for the fourth time since his arrival at the Santiago Bernabeu in 2009. With some bookmakers offering up £200 as welcome bonuses, you could place an early bet on Ronaldo bettering Messi in the scoring department next season and then sit back and enjoy the campaign.

Of course, Messi will be Ronaldo’s main competitor for the Trofeo Pichichi next season. The Barcelona star scored as many as 37 goals in La Liga last season, and if he does not miss a chunk of the 2017-18 campaign, then he will be up there once again. However, the 30-year-old may not be thinking about winning the topscorer’s award in La Liga next season due to the current circumstances at Camp Nou.

Barcelona are under immense pressure at the moment, having failed to do much of note in the Champions League last season; they also lost the La Liga title to Madrid. Moreover, the Blaugrana have a new manager in charge, Ernesto Valverde, who could have a different idea of using Messi. If Neymar leaves for Paris Saint-Germain in the summer transfer window, then the Argentina international forward may have to play in the ‘hole’ in order to accommodate Luis Suarez and another forward up front, which could restrict him from getting into goalscoring positions and reduce his chances of winning the Trofeo Pichichi.